A portrait of the 42-year-old immigrant and father of three children who was killed by gunfire in Ħal Far has been painted in St. George’s Basilica in Victoria, Gozo.

Lassana Cisse was murdered two years ago in what is considered to be the first racially motivated murder in Malta. The painting, which forms one of eight new paintings that will be in this church, aims to raise awareness so that people do not turn their backs on those who need help.

A local artist, Manuel Farrugia, was commissioned to create a set of eight paintings for the pendants of the middle domes in the naves of the Basilica. Four of them are ready and the other four will be completed next year.

Archpriest Curmi explained that the project ‘Where is your brother?’ does not stop with paintings but continues with a number of concrete initiatives, like offering the few graves the parish has for those who have no place to bury and every month, a mass is being celebrated for our forgotten brothers. 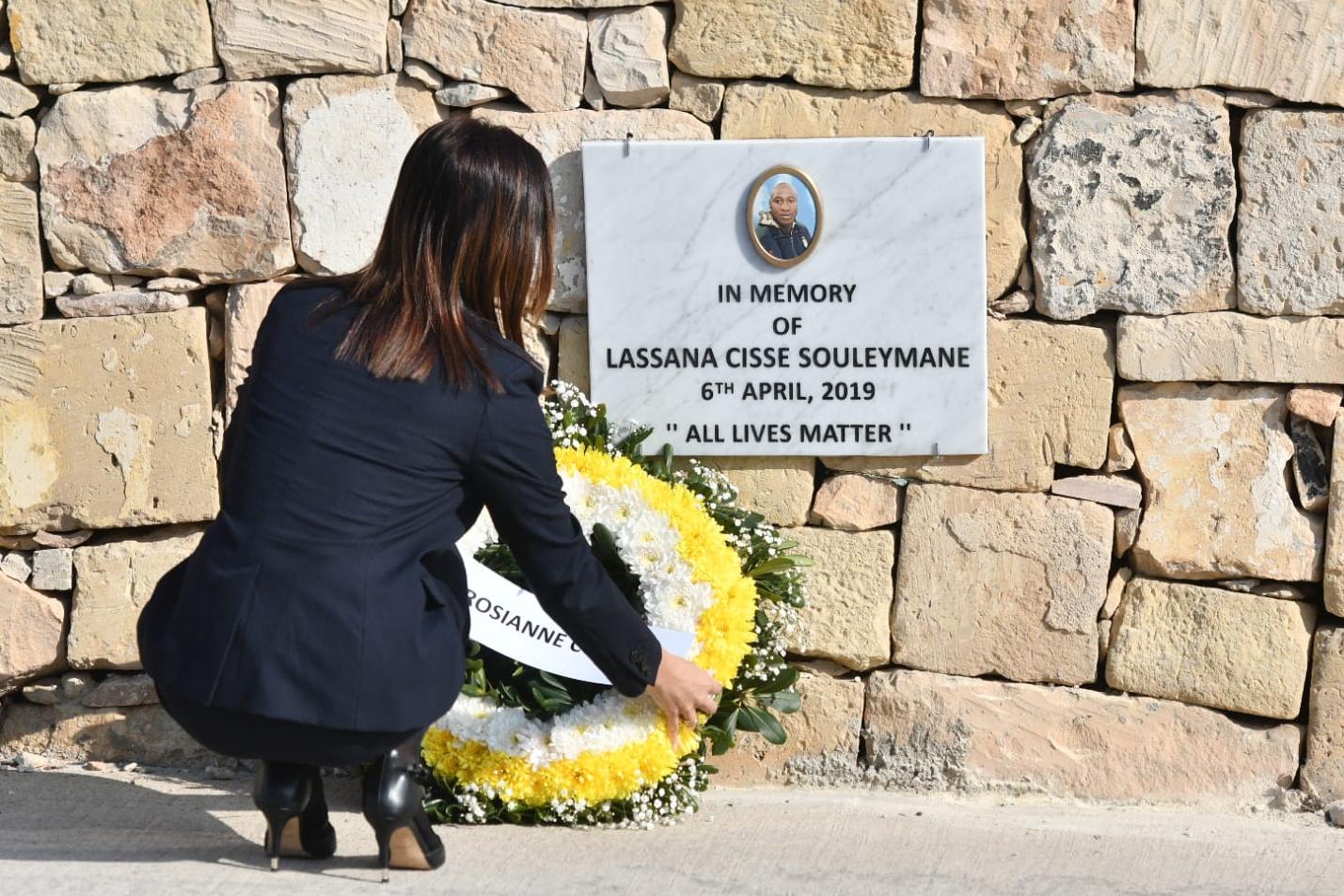 A five-week seminar was also held with the participation of expert speakers and an invitation was given to parishioners to adopt a prisoner and a victim.

In the coming months, parishioners will also be supporting the newly opened Franciscan kitchen.